Also known as Emotional Freedom technique or ‘tapping’. It is part of an approach known as Energy psychology.

EFT (Emotional Freedom Technique) is not actually about being ‘free from emotions’ but it offers a really helpful tool to enable you to manage your emotions in a way that doesn’t overwhelm you and doesn’t throw you completely off course.

EFT, literally involves tapping on easily accessible acupuncture points on the upper part of the body at the same time as identifying and voicing problems/issues/negative emotions/pain etc that cause dis-ease in the body. As part of the tapping protocol, we also reinforce positive affirmations to counteract the judgements that we so readily make of ourselves, and that have such a self-limiting effect.

EFT developed out of an understanding that every thought and emotion causes a reaction in the brain and also registers in the physical body. We all know the feeling of being nervous about something and experiencing this as a feeling of butterflies in the stomach or possibly sweating in the palms.

EFT can be used to overcome unwanted emotions such as fear, guilt, shame and anger. It can be used to change unwanted habits and behaviour such as smoking and cravings as well as addressing self-limiting and debilitating phobias and beliefs that stop us achieving the things we would like in our lives.

Distressing or uncomfortable experiences from the past can have an effect in the present day and be activated by situations that are perceived to be similar, even if there is no current threat or danger. By stimulating these specific points on the body, electrochemical signals are sent directly to your brain at the same time as identifying the particular emotion that is causing the problem. Doing these two things simultaneously, enables the brain to shift its response to the situation.

How can tapping help me right now

We need to be able to keep ourselves on an even keel so that we can manage the challenges ahead, not only on a practical level but also with those who are close to us, with whom we will have much closer proximity for extended periods of time.  Tapping allows us to process feelings of frustration, anger, fear, panic etc and all their physical consequences.

As you will be aware, all these (understandable but) negative feelings also impact on our nervous systems, in particular, the sympathetic nervous system (connected to ‘flight and fight’), with the subsequent release of stress hormones and all the uncomfortable physical sensations that come with it.

EFT produces real, lasting breakthroughs and significantly improves a wide range of health conditions. Research has shown that the brain’s stress and fear response – which is controlled by a part of your brain called the amygdala – can be lessened by stimulating the meridian points also used in acupuncture. [i]

[i] Dr.Dawson Church and his team, performed a randomized controlled trial to study how an hour-long tapping session would impact the stress hormone cortisol. They found that  the average level of cortisol reduction was 24%, with up to a reduction of almost 50% in some subjects! In comparison, there was no significant cortisol reduction in those who underwent an hour of traditional talk therapy.

Church performed two pilot studies of EFT (for post-traumatic stress disorder (PTSD). They demonstrated highly significant results despite a small sample size, indicating a robust treatment effect. This led to a randomized controlled trial, published in the oldest peer-reviewed psychiatry journal in North America, showing highly significant results. It demonstrated that 86% of veterans with clinical PTSD were sub-clinical after six sessions of EFT and remained so on follow-up. A concurrent study by an independent research team in Britain’s National Health Servic, showed similar findings, indicating that EFT meets the criteria of the American Psychological Association (APA) Division 12 Task Force as an empirically validated treatment for PTSD. An independent replication of Church’s PTSD study found similar results.

For more information about EFT and the regulatory association, please go to:

I have found the support and expertise provided by Marian, both in her gentle acupuncture work and the work with the Emotional Freedom Technique to be invaluable.

They support my health and well being in ways that are always beneficial and which have really come into their own in this time of restricted contact and movement. This is especially in respect of the EFT work. Stress, anxiety and unease and allied physical issues have all surfaced and working with Marian, both individually and in the online groups she has organised, has truly made a difference for the better.

Marian is also extremely generous and hard working in sharing support tips and suggestions from a breadth of her experience. She is a very caring and kind person with all of this.
Harriet

Thank goodness Marian is still able to provide anti-stress tapping treatments during the coronavirus restrictions.
I have always found her acupuncture invaluable in managing stress and therefore my symptoms of ulcerative colitis (which for me is stress related). I was therefore concerned when she was not able to treat me because of the lockdown.
I was initially slightly sceptical when she offered me a video session using her tapping technique instead, but I have to say I found it really helpful and it did significantly help in reducing my feelings of anxiety. My colitis symptoms then eased almost immediately as a result.
I would thoroughly recommend this to anyone who has any symptoms, physical or emotional. Mind and body are much more connected than we generally think.
Linda

I have had a lifelong fear of heights that has frequently impeded my ability to enjoy a range of activities such as trail running and also driving whilst abroad. I was recommended to see Marian and was hugely sceptical but I am so delighted that I ignored my preconceptions. From the moment I met Marian I felt confident she could help and the change she has brought about is nothing short of miraculous. I can only urge anyone contemplating tapping to seek Marian out. I cannot overstate the benefits of her approach.
Matt

It was my first EFT session. I felt calm and joyful after the session. My lungs were more flexible and breathing was effortlessly deeper. An overall sense of spaciousness. There was a rush of energy flow all the way from head down to the fingers and toes.
Lucie

My EFT session with Marian was incredibly effective. I was suffereing with sacro-iliac joint pain at the beginning of lockdown and the work I practised with Marian really did ease up the pain.
Alice

Tapping for back pain

Thanks very much for the tapping session. I was feeling heavy and negative but after the session I had more energy and positivity. There has also been some improvement in the areas of pain particularly the sciatic nerve area.
Felicity

In the summer of 2014 I found I was becoming irrationally afraid of heights. Not just in relation to myself but also my loved ones.

Marian offered me a treatment that was new to me, inasmuch as it combined talking with an entrancing, physically repetitive tapping action on apparently random parts of my anatomy. My trust in Marian helped to overcome my natural scepticism. She talked to me in a confident, reassuring manner about hugely personal emotions and within an hour I had learned so much about my fear I was laughing with recognition of observations which should have been obvious, but which I’d not seen until then.

But more; the ideas stayed with me in a way I cannot explain and for once I don’t really want to. The subtle and strange readjustment that seemed to outlast the ‘conversation’ had an immediate beneficial effect. Gentle, not radical, but absolutely identifiable, the improvement has lasted to this day.

I am hugely grateful to Marian for what she achieved in one session, and grateful to our trusting relationship which allowed me to try something I would normally have avoided.
Dominic

Tapping for fear of heights

OBJECTIVE:
In a direct replication of an earlier study examining changes in stress biochemistry and psychological distress symptoms, 53 participants were randomly allocated to one of three 60-min group interventions: Emotional Freedom Techniques (EFT), psychoeducation (PE), and no treatment (NT).

CONCLUSIONS:
Findings support the original study. They indicated EFT to be an efficient and effective brief treatment for reducing biological markers of stress. 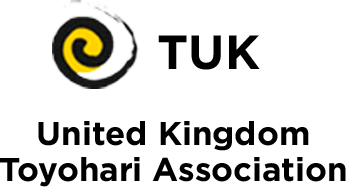 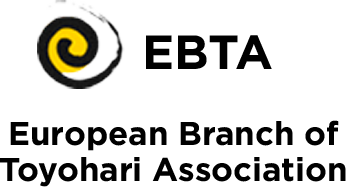 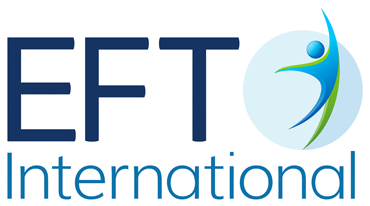